The Have Nots were formed by David "DaVo" Wilkins and Paul Gray in the Spring of 1996 and were a staple of Safari and the Des Moines Music Scene. Over the roughly 20 months that they existed they played opened for countless national acts including Fastball, Murphy's Law, Quincy Punx, Apocalypse Hoboken, Mercy Rule, Blanks 77 and countless others. Though it was a punk band it featured three current or future members of Slipknot Paul Gray (Guitar), Joey Jordison (Guitar) and Greg "Babyface" Welts (Drums).

I think about every couple of years life just like to give me a smack upside the head and convinces me that the time has come to get off my ass. It usually involves doing something that I never considered or thought that I would never do again.

The Have Nots in a lot of ways only lived on in the recorded demo. For years many wonderful fans of Slipknot, Punk Rock or just plain music had contacted me about the Demo. I sold out years ago but decided to release the tracks as a digital release but I never planned on reforming.

Changing of the Guards and I Quit! 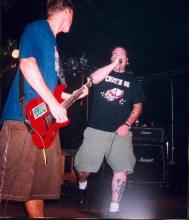 Shawn Crahan had be been talking about opening his own place for most of 1996. Safari under Tony was great but it had many drawbacks including his continuing desire to support Reggae as a focus. I don't blame him, it was his love and he was under pressure to keep things the way they were. I just figured it was all talk like a majority of those people that claimed that they were starting a club. Plus by this time I was promoting a number of all ages shows and had even began to pull in larger Punk and Ska acts. I had mixed feelings when he said that he was buying Safari. 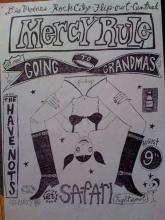 I think the thing that maybe it's hard to understand today with the countless venues and live shows that happen in Des Moines, just how dead the scene had become in the late 1990s. Safari for all of us was a call to arms to make live music happen in Des Moines. The takeover of Safari didn't happen over night and it had in fact been a live venue for sometime. Hosting most Hippy Jam bands and larger Reggae acts.

It was around this time that we started talking about adding a second guitarist. I'd met Joey Jordison a few times through Paul and Slipknot which by this time was drawing pretty well with their 21 and over shows at Safari. Also Paul had lent me the Rejects demo and even though the lyrics were more of a joke and cartoonish in my opinion, the music was solid. By the time I heard them they had been broken up for sometime which kind of bummed me out that I hadn't heard of them before this. The reason was that they were part of the whole metal scene that was going on at the Runway.

You know there are those event in your life that seem like an average normal day. A day like any other but something happens and often you have not a clue what the meaning of the event is. It isn't until you look back in hindsight that the importance become apparent. 1994 was a huge period of life shifting experiences for me that would mark the beginning of a busy couple of years that would greatly change the music scene in Des Moines and the lives of those involved in it. 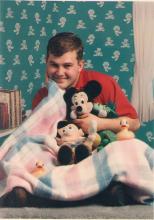 I had met Jay Burmett back in 88 when he had moved up here for a summer. We met through my then girlfriend after she hit on him. It's funny but we started hanging out after that pretty heavy. I lost track of him over the years until he transferred to drake in late 93. Originally from Dallas, he took over guitar duties from Pat though I remember playing a few times with Pat on second guitar.

I Don't Wanna Go Down to the Basement

I had this pay day ritual that I did every other Friday. After picking up my check and depositing it, I would go to this retro diner in Downtown Des Moines call Stella's and have lunch. This would involve a Swiss and grilled Orion burger with neutron fries and one of their chocolate shakes. Oh and a pack of Black Jack gum for the road. It's hard to explain to those that haven't lived in a small city, just how limiting the experience can be. They can all go on and on about how rough it was to be a punk rocker with shows every weekend and countless shops that chattered to their tastes.

The Have Not Live Style 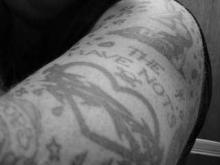 I think I first came up with the name and decide to start a band called The Have Nots around 89 or 90. I came to me after a night of heave drinking and realizing that the Gas at my house had been turned off. It just seemed to fit the way I was living at the time. I was also reading to have or have not. It wasn't until a couple months later when my friend Jett brought up the fact that there was X song named the same. So either it came from the saying, "To Have or Have Not, the book or the X song. 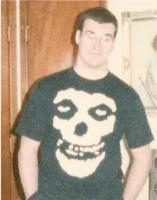 It seems that I had a desire to sing since childhood and was told over and over that I was blessed with a good voice. Even as a child I wrote and sung my own lyrics. There was something empowering about using words to express my thoughts and emotions. Maybe it was the fact that I was dyslectic and it was much easier to vocalize my thoughts then it was to write them down. Growing up in the 1970s and early 1980s, a majority of the music that I heard was performed by circus freaks with perfect tone and pitch. Something that I'm sure with a little of ambition I could have developed.