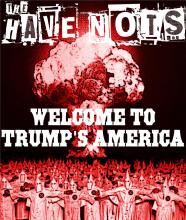 Four different t-shirt designs to choose from including the classic line up and the a never before offered design. Go to the Teechip Have Nots store

Paul's Birthday with the Have Nots

Come celebrate the anniversary of Paul's birthday with 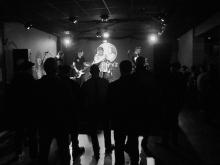 When we did the reunion thing for Paul's birthday back on April 8th, 2016, I had Brad Millis record the set. He also recorded the set on 5/21. At some point, I might release this as a Live at Lefty's album. Who knows but in the meantime here is the currently line up, butchering Pennywise's Bro Hymm for Paul, Mike and Uncle Willy. Please be kind, we hadn't really worked on the song all that much, it was the last song and my voice is pretty much gone that this point. Yes, 40 something DaVo can't have 4 pints of stout before he goes on stage like 20 something DaVo did just about every show.

All Ages - The Have Nots / Kepones/ George's Bush

Yup we are doing another show.

Paul's Birthday & The Have Nots return

I've reformed the band with a different line up to play at Lefty's Live Music in Des Moines. This is a completely different line up of friends and family and the main objective is to play some of Paul's music on his birthday.

Lefty's Live Music(in the local of Safari and Hairy Mary's)