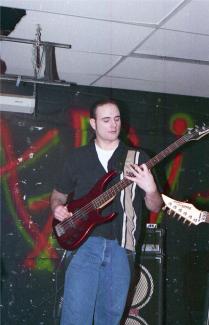 Brian DuBay was born and raised in Des Moines and was an active member of the music scene in Des Moines throughout the 1990s. Mainly as a fan but when he took up bass, he began open jams on the weekends at his house. DaVo had worked with Brian with a number of different guitarists and drummers between 1993 and the forming of The Have Nots in 1996.

After the band broke up, he continued working as a chef in a number of fine dinning restaurants until opening DuBay's. Over the years a number of touring bands were not only offered a place to sleep but treated to a gourmet dinner in the wee hours of the morning.